The Lazarus effect is a term originating from natural science that describes the recovery of animal species believed to be extinct. The effect is named after the figure Lazarus, a biblical figure from the Gospel of John, who was raised from the dead by Jesus Christ. While Lazarus, according to the biblical story, was raised by a supernatural/divine power, animal species (re)discovered by natural scientists now become their objects of research. A rediscovered animal species has not been resurrected, although the institutionalised natural sciences certainly have the power not only to prove, investigate and demonstrate existence, but this has also become a fundamental prerequisite for protecting or ending the life of these animals.

In the picture series, resurrection is different: instead of actual animals, their humanly created effigies become parts of the cityscape. These images are not capable of creating real life, but are part of an absurd narrative that does not attempt to hide its own construction. The flawed and obvious construction of the images enables a narrative of post-apocalyptic abandoned urban space, reclaimed by living beings whose actual habitat has long since been reduced to the minimum and threatened.

CONCEPT AND IMPLEMENTATION Emilia Schlosser// THANKS TO Belinda Masur 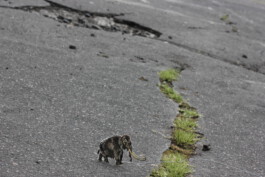 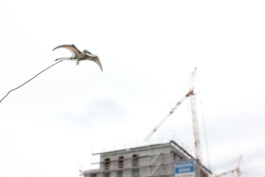 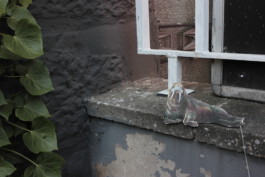 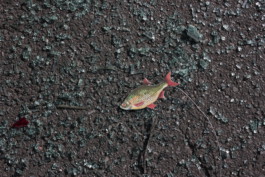